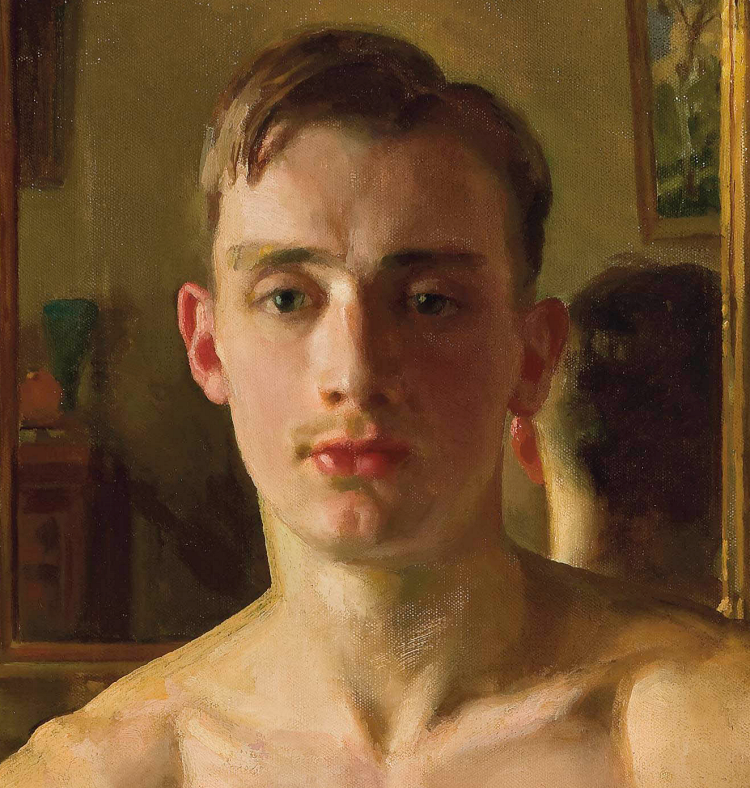 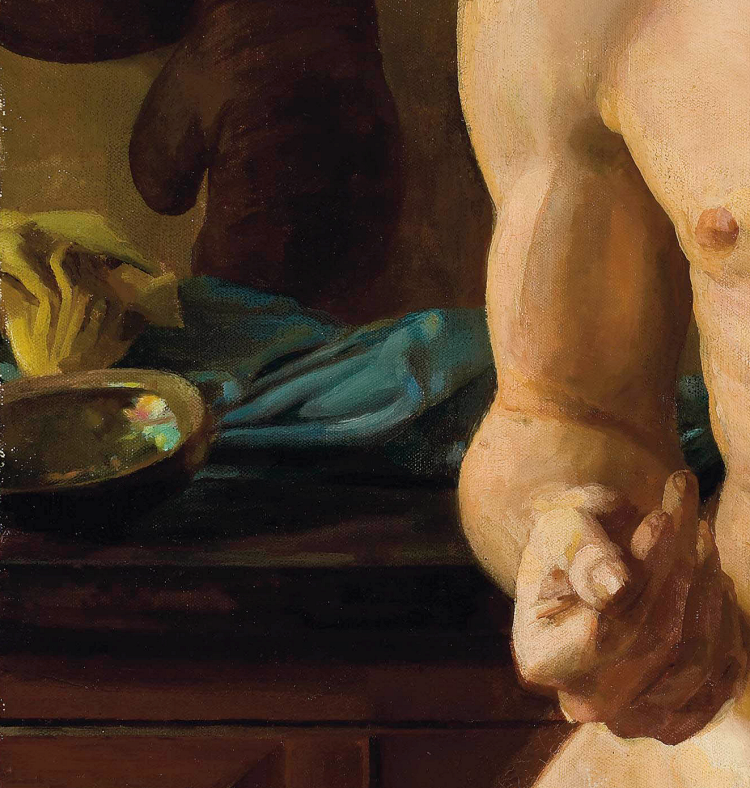 The versatile and prolific Russian artist Konstantin Somov, a prominent member of the Mir Iskusstva (World of Art) group before the Revolution, left Soviet Russia in 1923, emigrating first to the United States before settling soon after - and much more congenially - in Paris; Paris had a vibrant émigré community - the "White Russians" who had fled the Revolution - and the artist had spent time there before the war. In about 1930, Somov met a twenty-year old young man who would inspire several of Somov's best later works. He would sit for straightforward portrait drawings, beautiful, mildly suggestive oil paintings, and he may have been the model for more erotic watercolors. Somov was a homosexual, but the exact nature of his relationship with his model and friend is unknown. What is known is that the artist gifted a group of the drawings and paintings to the sitter, including a self -portrait that the young man had asked Somov to make for him. The images that seem certain to be portrayals of the artist's young muse were completed between 1930 and 1937. 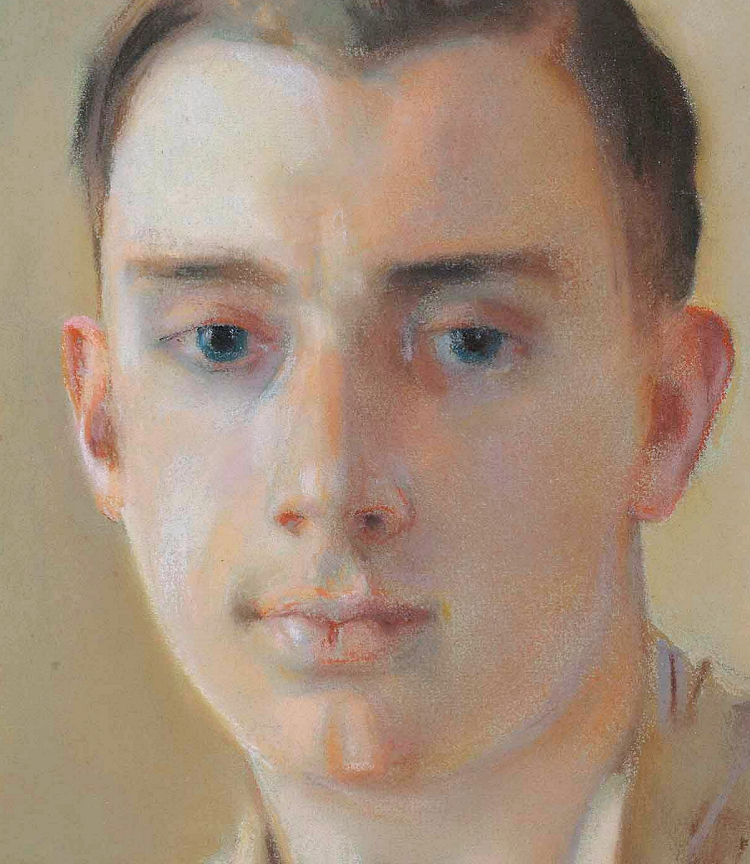 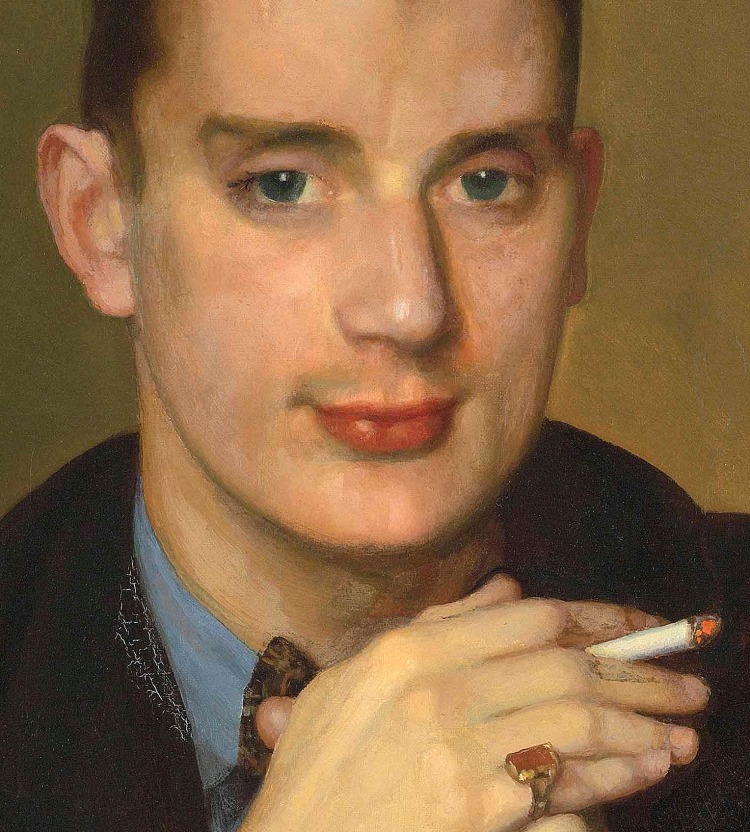 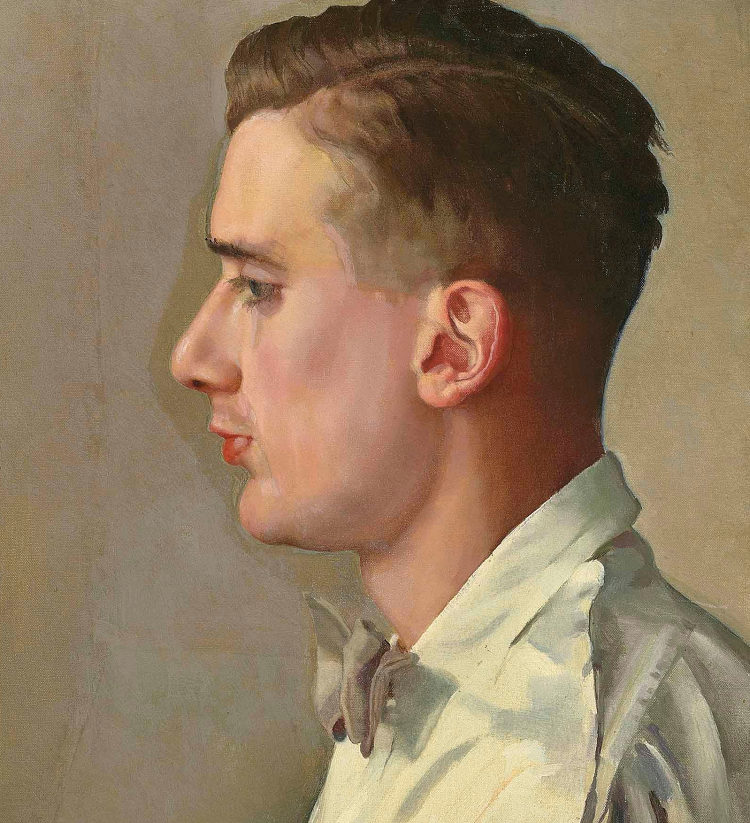 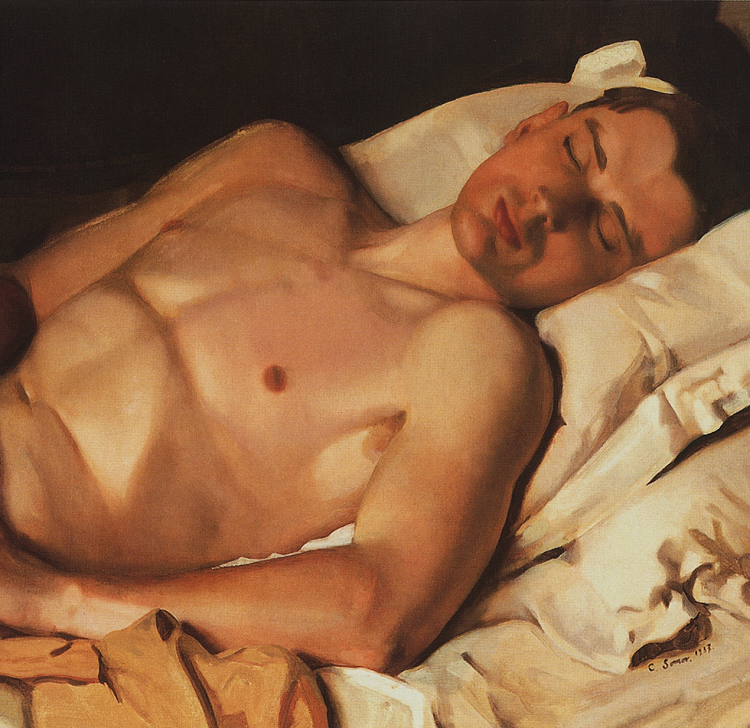 I haven't been able to gather much information* on Somov's model: Boris Mikhailovich Snejkovsky was born 23 July 1910, in Odessa. His father was a ship captain with the Russian Volunteer Fleet. At the time of the Revolution, seven-year-old Boris and his mother traveled the entire breadth of the country - from Odessa to Vladivostok - to rejoin his father and his ship. The family left Russia in May of 1919, arriving at Ellis Island a month later. We next find the family in Istanbul in 1920 then, two years later, traveling on to Gołdap in East Prussia (now Poland); his mother had a sister living there. The were not there long - less than year? - before moving to Berlin. But they only stayed in the German capital a few months before settling permanently in Paris. Boris would become a naturalized French citizen in 1937. He also married that year and began his military service; he was demobilized in 1940 after the Fall of France, and divorced in 1942. At some later date he remarried - to Christiane Karcher - had at least one child, and was listed as working as an accountant and a physical education teacher. He committed suicide 24 February 1978 at the age of sixty-seven, and was buried in the Russian cemetery at Sainte-Geneviève-des-Bois where many émigrés - including Somov - are buried.


*The photograph of Snejkovsky and his mother and most of the biographical information I've shared here are from a French blog written by the wife of Boris' grandson.